Trieste: "melting pot" standing in between sea and mountains

Trieste is a Babel of history and culture, a city where dozens of languages ​​are spoken and where the most diverse traditions, nationalities and religions on even opposite positions, meet and have (almost) always met to collaborate and enrich themselves with each other.

Trieste is Italian, with traditions and uses with strong influences from the Slovenian inland and from the sea since the Republic of Venice and from the great Greek merchants and shipowners.

Trieste is a city with a strong link with Austria and sees Maria Teresa as one of its major political and administrative figures.

Running in Trieste means breathing in this atmosphere, which the poet Rilke, from the Duino cliffs, summarizes in the simple phrase: “Being here is wonderful”, or better to use his words, “Hiersein Ist Herrlich”, or in Slovenian “Biti tu je čudovito ”and in English language of science and international“ Being here is Glorious ”. 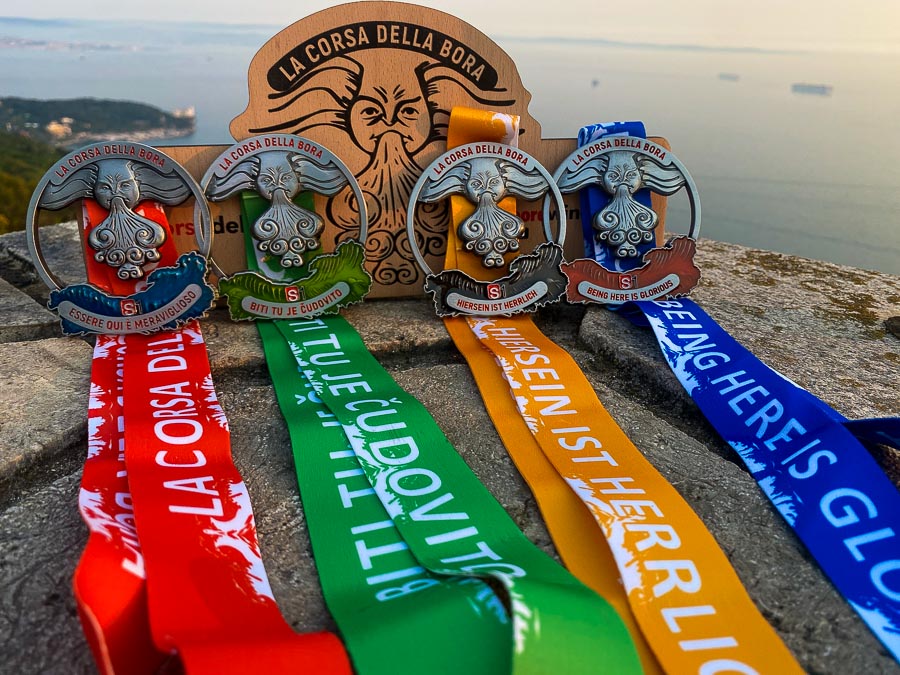 But what is the best way to say it?

The best way is not to say it, but to live it: to be overwhelmed by the contrasts of this land. From the sea that meets the rock. From the snow-capped mountains overlooking the Gulf of Trieste, swept by the electrifying Bora wind. In Trieste we are all tourists and all at home, because Trieste is a fervent city, always growing and changing, but also inclusive and welcoming. Being here is wonderful.

In 2022 we gave you the medal with the inscription: “Being here is wonderful”, this year there will be the Slovenian one, “Biti tu je čudovito” and then the English and German ones, by participating for 4 years you can have the complete collection.

Last year you did not participate or do you missed the medal?

Enroll on the site for 5 euros, reserve your race goodie bag and your bib and pay later.

La Corsa della Bora with you at all races, all year round! 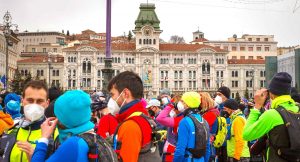